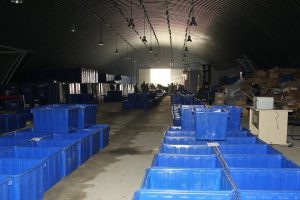 The IEC officials further added that the campaign will continue for another 19 days during which the candidates would be able to campaign for the elections.

They urged the candidates to respect the enforced laws during their campaign.

The parliamentary elections would be organized on 20th of October which would be conducted with the support of biometrics system for the first time.

The IEC officials on Thursday said they have received 4,400 sets of biometrics identification system.

According to a statement released by IEC, the biometrics system would have three sections, including the identification device printers, and power bank. The devices would be used for the collection of biometrics information, including scanning of the finger print, and could be connected to Wi-Fi internet or GSM.

The software of the system would record the prints of the two thumbs, picture of the voter, and pictures of the national identity card and stickers, and the system is protected with password, IEC added.

According to IEC the biometrics collection of one person would take between 40 seconds to a minute and no one would be able to misuse the system or information recorded in the server.