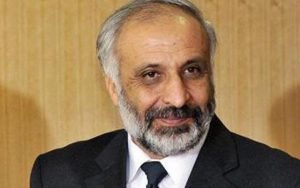 On the session of Saturday members of the parliament used their votes of confidence where Stanikzai received 84 green ticks and 104 red ticks.

So he could not receive the 107 green ticks to become Afghanistan’s Defense Minister.

Mohammad Masoum Stanikzai is the acting Defense Minister of Afghanistan.

Mohammad Masoum Stanikzai has previously served as the Minister of communications, Secretary of the High Peace Council and adviser to former President Hamid Karzai.

He was the second nominee for Afghanistan’s defense ministry who was unable to receive a vote of confidence from Wolesi Jirga or the Lower House of Parliament.

Before him General Shir Mohammad Karimi, the Afghan Chief of Army Staff, was introduced to the parliament and he was also unable to received the trust of the parliament.

Abdul Rawouf Ibrahimi, head of the Wolesi Jirga asked government to introduce a third nominee for this post after the rejection of two.