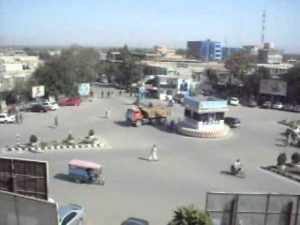 An attorney was injured after in a magnetic bomb explosion in Kundoz city, provincial capital of northern Kundoz province Sunday morning.

Sarwar Hussaini, spokesman for the provincial police headquarters of Kundoz says that the magnetic bomb was attached to the vehicle of the Attorney.

Hussaini expressed concern over the health condition of the Attorney and said that his wounds are critical.

The blast takes place a day after an explosion injured 10 people in another part of Kundoz city.

Also, another explosion took place in Kandahar city this morning.

Officials say that the explosive materials were placed in a motorcycle parked in Aino Mina area of Kandahar city which exploded around 10:00 AM but luckily did not have loose of life of property.