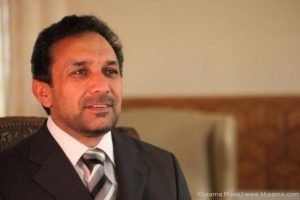 The rocket attack did not bear casualties in Barak District.

After a deadly terrorist attack which left dozens of soldiers martyred, wounded or missing, Ahmad Zia Masoud made a visit to Badakhshan province to review the security situation of the province.

No group has immediately claimed responsibility for the attack.