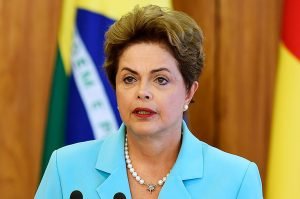 The Brazilian President Dilma Rousseff was removed from the presidential office as the senators of the country voted to impeach her.

According to reports, 61 of 81 senators voted against Rousseff on Wednesday after a five-day trial and a lengthy overnight debate while 20 others voted against.

The move by the senators followed after Rousseff was found guilty of manipulating the budget.

The impeachment of Rousseff puts an end to 13 years in power of her left-wing Workers’ Party.

Rousseff is expected to speak a couple of hours after the vote at a news conference as she denies the charges.

According to reports, Rousseff has said the case was not expected to go any further as the charges were political, not criminal.