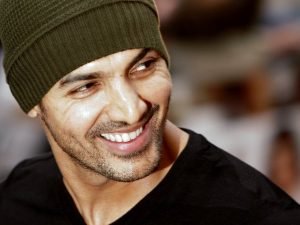 Bollywood’s handsome hunk John Abraham turns a year older today. And what a year it has been for the actor! From the perfect eye-candy status of his ‘Dostana’ days, to an accomplished producer, the star is now eyeing the Director’s seat.

For John the actor, it was great moment when his ‘Housefull 2′ smashed box office records and entered the 100 crore league effortlessly, this year.

However John Abraham has revealed he does not celebrate birthdays. The Force star turns 40 years old today (December 17).

He told the Hindustan Times: “I don’t celebrate birthdays. I’m just going to be with my family and close ones.

“My parents came to Cochin yesterday [December 16], where I was shooting for Madras Café. I was with them, and now I’m in Mumbai.

“I am one of those who doesn’t like the tune of the song ‘Happy Birthday to You’. I don’t like cutting cakes either. I like quiet birthdays. I’m a recluse; I keep to myself. This is how most of my family celebrates their birthdays.

Abraham was born to a Malayali father and a Parsi mother in Mumbai on December 17, 1972.

He has already received two Filmfare nominations for best negative role in ‘Dhoom’ and ‘Zinda.’

Abraham revealed in April that he plans to marry new girlfriend Priya Runchal, but did not disclose any dates.