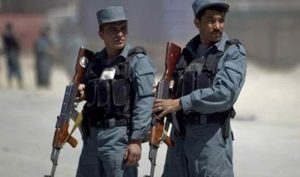 A deadly explosion plot was thwarted in one of the busiest parts of Kabul city as the Afghan security forces discovered and defused an Improvised Explosive Device (IED).

The Ministry of Interior (MoI) said the IED was confiscated from Haji Yaqoob square of Kabul city before the militants manage to detonate it.

This comes as twin suicide blasts left at least 33 people dead and 80 others wounded in Kabul city last week.

The incident took place in the civinity of the 5th police district of Kabul city last week after the two suicide bombers targeted the convoy of police cadets in Company area.

The Taliban group claimed responsibility behind the incident which comes as the group has been attempting to increase attacks main cities of the country, including capital Kabul.

The Taliban group has vowed to carry out more attacks as they announced their spring offensive earlier in the month of April.

Last week’s attack targeting the convoy of police cadets followed almost two months after the group carried out a deadly attack on VIP protection unity in the city.

At least 64 people were killed in the attack and around 364 others were wounded with the Taliban group claiming responsibility behind the attack.