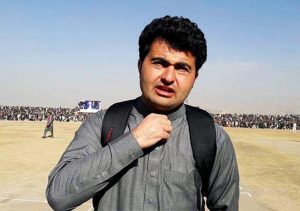 A BBC reporter was shot dead by unknown in southeastern Khost province of Afghanistan, hours after a deadly suicide attack in Kabul left at least nine reporters dead.

The local government officials confirmed that the BBC reporter Ahmad Shah was shot dead in the outskirts of Khost city at around 4 pm local time.

The officials further added that the reporter was travelling to a village when he was attacked by gunmen riding motorcycles.

In the meantime, a security official said the reporter had sustained injuries in the attack and succumbed to his injuries after he was admitted to the hospital.

The Taliban group spokesman Zabiullah Mujahid in a statement said the group has no links with the attack on BBC reporter in Khost.

This comes as the coordinated suicide attacks in Kabul city left at least 25 people dead, including 9 reporters.

The incident took place at around 8 am local time after a suicide bomber detonated his explosives among the reports, following the first suicide attack near the intelligence compound.