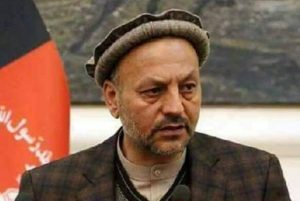 Mohammad Ishaq Rahgozar has been appointed as the new governor of the northern Balkh province of Afghanistan after months of controversie between the government and Jamiat-e-Islami over the controversial removal of Ata Mohammad Noor.

Provincial government sources in Balkh confirm the appointment of Mr. Rahgozar as the successor of Ata Mohammad Noor for the provincial political leadership of Balkh province.

The National Unity Government officials have not formally commented in this regard so far but sources privy of the development had earlier said that the government and Jamiat-e-Islami have reached to an agreement and the new governor for Balkh province will be introduced in the near future.

But the top government officials including Chief Executive Abdullah Abdullah and the Minister of Interior Wais Ahmad Barmak had earlier informed that the issue over Balkh political leadership will be resolved in coming days.

The Office of the President, ARG Palace, announced over three months ago that President Ghani has approved the resignation of the Balkh governor Ata Mohammad Noor.