“Deadpool 3”, Hugh Jackman will be back as Wolverine announced on social media

Benzema back to Real Madrid training after injury 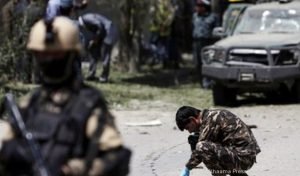 The blast took place in the vicinity of Kabul airport after a suicide bomber detonated his explosives close to a checkpoint.

Interior ministry spokesman, Sediq Sediqi confirmed that seven people including three civilians and four policemen were killed and 13 others were injured.

Preliminary reports suggested at least four people were killed and a number of others were injured following the blast.

Eyewitnesses in the area earlier said a suicide bomber has detonated his explosives near the vehicles of the Afghan intelligence operatives, killing four people and six others.

No group including the Taliban miiltants has so far claimed resopnsibility behind the incident.