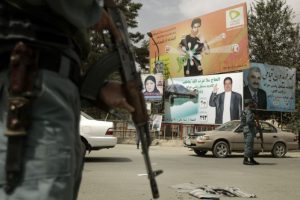 Mr. Dashti said the attack took place while Mr. Rasheed was on his way towards his office.

He said the assailant militants also started armed clashes with the security guards of Mr. Rasheed near his house, killing one of his guards.

The assailant militants reportedly escaped from the area after the clashes. No group including the Taliban militants has so far claimed responsibility behind the attack.

Haji Mosa Rasooli, Nimroz provincial security chief had travelled to western Herat province of Afghanistan and was on his way back to Nimroz province when the incident took place.

Meanwhile Head of the provincial women affairs department for eastern Laghman province of Afghanistan was killed by unknown gunmen on Monday morning.

Provincial governor spokesman said Najia Sediqi was assassinated by unknown gunmen while she was on her way towards her office.