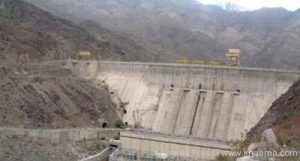 Mr. Noori further added that the explosives were imported from outside the country in a bid to destroy Salma water dam.

Without elaborating further, Mohiuddin Noori added that the explosives seized by Afghan security forces were among the most dangerous and destructive in its kind and investigations have been started in this regard.

This comes as the Afghan national security council has repeatedly expressed concerns regarding the inteferrence of neighboring countries of Afghanistan to stop the construction of Salma water dam.

Herat provincial governor following a press conference earlier also said that the neighboring countries of Afghanistan are struggling to stop the work of Salma dam project.

Salma dam is located in Chesht district, 180 kilometers away from western Herat city.