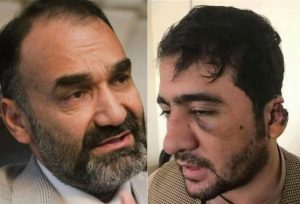 Amid ongoing investigations into the deadly incident in northern Balkh province airport, a member of the probe team has said the Balkh provincial council member Asif Momand was likely arrested on orders of Ata Mohammad Noor.

The member of the probe team Abdul Habib Jabarkhail who is also a member of the internal audit of the independent directorate of the local governance said preliminary investigations reveal Momand was arrested on orders of governor Noor.

Jabarkhail further added that preliminary investigations also reveal Momand was likely beaten in the residence of Noor as he was transferred to his house after his arrest but was handed over to the security forces in wounded condition.

In the meantime, Jabarkhail said the investigations are still being conducted and the delegation expects to hand over its report to the government soon.

Momand was arrested late on Monday night last week in Balkh international airport days after he had accused Ata Mohammad Noor of being involved in massive corruption and there are reports that he was held into the custody by forces belonging to Balkh governor.