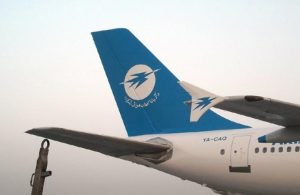 An Afghan lawmaker in the Lower House of the Parliament has claimed that the planes of Ariana Afghan Airlines are used to transport masked men to Syria and Iraq conflicts.

Head of the parliamentary commission on transportation and communication, Qais Hassan, said the planes are used to transport masked men from Iran to Baghdad, Najaf and Syrian cities.

Hassan further added that Ariana Airlines planes have been charted by Mahan Air which is illegally transporting masked men to participate in Iraq and Syrian wars.

The shareholders and officials of Ariana Afghan Airlines who were summoned by the parliamentary commission confirmed that the international flights of Ariana Airlines were chartered with an Iranian airline.

The officials called the charter of the flights as a normal agreement but did not elaborate regarding the lawmaker’s claims concerning the transportation of masked men to Syria and Iraq.

However, Hassan said he has evidences to prove his claims and that the Ariana Airlines pilots could be testified in this regard.

This comes as dozens of Afghan nationals have been reportedly killed late in December last year while fighting in support of the Syrian regime led by Bashar al-Assad.

According to reports, some 3,000 Afghan nationals have been deployed to take part in the ongoing Syria conflict. The Afghan militants are fighting on both sides of the Syrian war, in support of the Syria Bashar al-Assad and the Islamic State of Iraq and Syria (ISIS) militants.

Informed sources in the Afghan government have also confirmed that the number includes Iranian-backed Shiites fighting a proxy war in support of Syrian President Bashar al-Assad and against Islamic State and other rebel groups.

The participation of Afghan militants in Syria war has sparked concerns among the Afghan officials some will return to fight in Afghanistan under Islamic State’s banner.