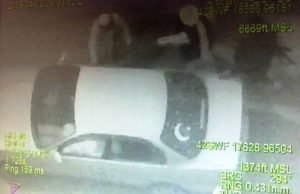 The 209th Shaheen Corps of the Afghan Military said Friday that the latest findings of the Afghan national Army (ANA) reveals that five senior Pakistan military advisors supporting the Taliban were among those killed in Kunduz airstrike as the raid has sparked an unprecedented uproar in Pakistan.

According to the Shaheen Corps, the Pakistani advisors had apparently visited Dasht-e-Archi district to help coordinate the future spring offensive of the Taliban as well as helping the group to establish contacts with the certain regional countries.

Although the civilian deaths in Kunduz airstrike remains a disputed issue so far with investigations underway regarding the airstrike and civilian casualties, the unprecedented uproar in Pakistan has came as a matter utter surprise.

The current affairs observers, media outlets and activists are saying that the uproar regarding the airstrike in Pakistan is a complete surprise considering the silence of the protesters regarding the deadly attacks of the Taliban in Kabul and other provinces which claimed the lives of hundreds of ordinary civilians.

In the meantime, the Ministry of Defense officials are saying that the airstrike was carried out a main stronghold of the Taliban group in Dasht-e-Archi district which was also being used as the training camp by the group.

According to the defense officials, the raid was conducted based on accurate intelligence information and as a result several Taliban insurgents including eighteen of their leaders were killed.

In regards to the civilian casualties, the Ministry of Defense spokesman Gen. Radmanish said the Afghan army helicopters attacked the the compound with rockets but the civilians sustained casualties from small fire arms.

According to Gen. Radmanish, the Taliban militants initially opened fire on army helicopters after their base was attacked with rockets and later opened fire on civilians.