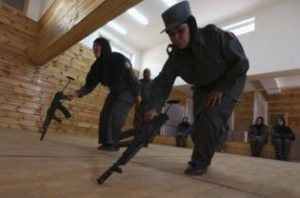 According to reports an American adviser was shot dead in capital Kabul on Monday.

An Afghan police official speaking on the condition of anonymity said the incident took place in Kabul police headquarter after an Afghan policewoman opened fire on US adviser.

In the meantime reports suggest that a US soldier was shot and injured following the incident and died of his wounds in the hospital.

The main motive behind the incident is not clear yet however security officials are saying that the assailant policewoman has been arrested and is under the investigation.

The NATO military command said it is looking into reports of the shooting, but had no independent information.

Kabul’s Deputy Police Chief Mohammad Daoud Amin says an investigation is under way to determine whether the killing Monday was intentional or accidental.

At least 53 international troops have been killed by Afghan soldiers or police this year, and a number of other assaults are still under investigation.