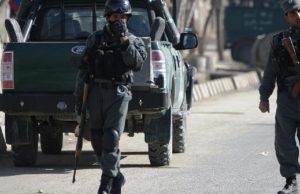 The Ministry of Interior (MoI) officials are saying that all militants involved in the rocket attack on Kabul city have likely been killed.

He said the rockets fired by the militants have landed in the 1st, 2nd, 10th, and 16th police districts of the city.

In the meantime, the residents of the 1st police district of the city and eyewitnesses are saying that sporadic gunshots are still heard from the area close to Eidgah mosque.

The rocket attack was launched at around 9am today as President Mohammad Ashraf Ghani was delivering a speech on the occasion of Eid Al-Adha.