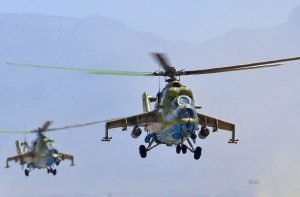 At least 14 militants were killed and 11 others were seriously wounded in an airstrike conducted close to Lashkargah city, the provincial capital of southern Helmand province.

The Ministry of Defense (MoD) said the airstrike was conducted in the past 24 hours but did not elaborate further.

It is yet not clear if the airstrike was conducted by the Afghan Air Force or the US forces based in Afghanistan.

Both the Afghan and US forces conduct regular airstrikes against the insurgents to suppress their activities amid deteriorating security situation.

The US forces in Afghanistan resumed airstrikes after they were granted broader role by the Obama administration earlier this year.