Ahmad Zia Massoud opposes with the formation of coalition government 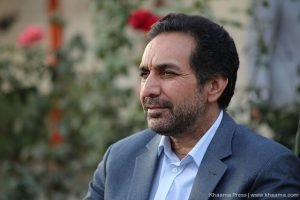 Ahmad Zia Massoud, a senior member of transformation and continuity team led by Dr. Ashraf Ghani Ahmadzai, has opposed with the formation of the coalition government.

Massoud was speaking during a gathering on Friday and said he opposes with any political interaction or coalition, except the election process.

He said political deals behind the scene, pressures by foreigners and other political settlements are against the ambitions of the Afghan people.

His remarks were apparently towards the recently political settlement between Dr. Abdullah Abdullah and Dr. Ashraf Ghani Ahmadzai teams.

The agreement was reached between the two candidates after the US Secretary of State John Kerry brokered talks, amid fears that the political impasse could endanger the stability of the country.

The two contenders agreed to full vote audit, abide by the results of the audit, form a national unity government and the Chief Executive position should be given to the team which loses the presidential race.

In the meantime, Massoud said if the transformation and cotninuity team has been announced as loser by independent election commission, they would not request Dr. Abdullah to form a coalition government.

Massoud said they will never request Abdullah’s team to hand over the Chief Executive position to transformation and continuity team.

He also criticized the idea to share power between president and prime minister and insisted that such step would endanger the stability of the country.