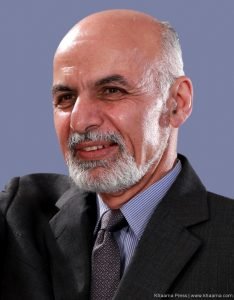 Massoud said his team is the winner in the second round of election, based on the partial information he has received so far.

He congratulated the Afghan people for the victory of his team in election runoff and pledged of more positive changes in Afghanistan once his team becomes the winner.

Massoud also insisted that the vote of the Afghan people should be respected since the country’s next leader will be appointed by Afghan people.

Massoud was contesting in the first round of presidential election as the first vice president of Zalmai Rassoul who joined Abdullah Abdullah’s team for the election runoff.

He joined the Transformation & Continuity team and announced his support to Dr. Ghani during the second round of election last month.