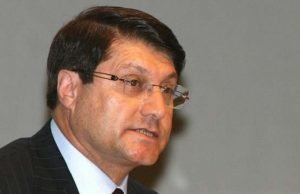 The newly-formed political front suggests early presidential election in a bid to remove the growing gap among the government and people.

Anwar-ul-Haq Ahadi, head of the political front, New Afghanistan National Front, said Friday that the government of the national unity is at risk of collapse.

Speaking during a gathering in Kabul, Ahadi accused the government of national unity for violating the constitution of Afghanistan and deceiving the Afghan people.

Insisting that the government is facing ‘legitimacy crisis’, Ahadi suggested that that the presidential election should be organized early and together with the parliamentary elections.

In regards to the ongoing peace efforts, Ahadi said the political front supports peace talks but criticized the government’s optimisms regarding the peace process, saying the government is hiding the results of the talks from the people.

The remarks by Ahadi comes as the U.S. National Intelligence Director James Clapper told a Senate committee earlier this month that government of national unity is at “serious risk of a political breakdown during 2016.”

Meanwhile, the Quadrilateral Coordination Group (QCG), involving representatives from Afghanistan, Pakistan, China and United States, are busy to revive direct peace talks between the Afghan government and Taliban representatives, with the first face to face talks expected to be held in the first week of March.