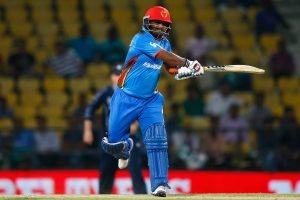 Afghan cricketer Mohammad Shahzad has been named as the ICC Associated and Affiliate Cricket of the Year by the International Cricket Council (ICC).

“Afghanistan’s flamboyant wicketkeeper-batsman Mohammad Shahzad has been named as the ICC Associate and Affiliate Cricketer of the Year after he finished as the leading ODI run-scorer with 699 runs in 16 one-day matches,” ICC said in a news release.

He is the first Afghanistan player to win this award which serves to recognise and reward the efforts in all international matches of outstanding cricketers from teams outside the 10 Test nations, ICC said.

According to ICC, the player awards were judged by a voting academy, which was entirely independent of the ICC and in which members of the media from all the 10 Test playing countries were eligible to vote. The voting period ran from 14 September 2015 to 20 September 2016.