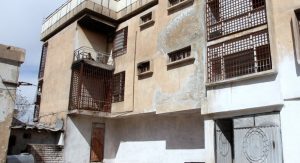 The report ‘Assessment of Afghanistan Prison Health Services’ noted progress has been made in this regard but more more needs to be done to improve healthcare services in Afghanistan’s prisons.

UNAMA said the report details how the health of the more than 25,000 people currently held in Afghan prisons may deteriorate if their incarceration conditions do not meet minimum standards.

On 17 December 2015, the UN General Assembly adopted revised rules establishing the minimum standards of treatment for persons in detention. To assess Afghanistan compliance with the new rules, UNAMA undertook a comprehensive survey of 31 out of 34 provincial prisons in Afghanistan.

The report recommends developing more opportunities for Afghan prison officials to share useful innovations implemented at some prisons so that the entire system benefits. Particularly troubling, according to the report, is the relatively high number of children accompanying their mothers in prison. To address this problem, the report recommends expanded use of alternative forms of sentencing than imprisonment.

“Afghanistan has laid a solid foundation for the construction of an adequate prison health service accessible to all prisoners,” said Michael Hartmann, Director of UNAMA’s Rule of Law section. “It now must build on that foundation to ensure that its duty of care to all prisoners is fulfilled.”

To assist Afghanistan in meeting the challenges outlined in the report, UNAMA’s Rule of Law officials are working with national and international partners in their ongoing efforts to extend minimum standards of treatment to all prisoners.

UNAMA is mandated to support the Afghan Government and relevant international and local non-governmental organizations to assist in the full implementation of the fundamental freedoms and human rights provisions of the Afghan Constitution and international treaties to which Afghanistan is a State party, in particular those regarding the full enjoyment by women of their human rights.