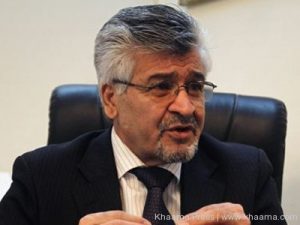 Afghan defense officials on Wednesday welcomed President Barack Obama’s decision to bring home half of the 66,000 American troops in Afghanistan with the next year, saying Afghan forces are ready to take responsibility for the country’s security.

Mohammad Zahir Azimi spokesman for the Afghan defense ministry said Afghan troops will fill the “vacuum” caused by the withdrawal of 34,000 U.S. troops over the next 12 months.

The Pentagon will withdraw about half the 66,000 U.S. troops now in Afghanistan over the coming year, a steep reduction that reflects President Obama’s determination to end America’s role in the 11-year-old conflict.

In his State of the Union address, Obama said 34,000 Americans would be brought home over the next 12 months, and further reductions will continue through the end of 2014, when all U.S. and other foreign troops are scheduled to leave.

“Tonight, I can announce that over the next year, another 34,000 American troops will come home from Afghanistan,” Obama said. “This drawdown will continue. And by the end of next year, our war in Afghanistan will be over.”

The withdrawal appears sharper than some senior commanders in Afghanistan had initially recommended. They had sought to keep more U.S. troops in the field to backstop the Afghan army and security forces, especially during what is typically heavy fighting in the summer months, and to continue training Afghan forces, whose performance remains uneven.

The 34,000-troop withdrawal is the latest phase in a transition plan that the United States, Afghanistan and allies developed at recent NATO summits in Lisbon, Portugal, and Chicago.