Afghanistan welcomes $1 billion pledged by UK ahead of Brussels conference 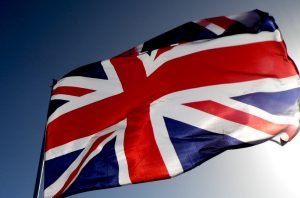 Afghanistan welcomed the announcement by the United Kingdom to provide up to $1 billion in aid as the government is preparing to host a major conference in Brussels this week.

He said “the government of Afghanistan will do all it can to make sure every single cent of it is used transparently to alleviate poverty and promote development and peace.”

The United Kingdom is expected to pledge $970 million in development aid to Afghanistan as a major conference is due to kick off in Brussels on 4th October.

Britain’s International Development Secretary Priti Patel has told The Independent that the aid will be utilised from 2017 to 2020.
“The UK’s presence in Afghanistan over the last decade has helped improve security and prevent it from once again becoming a base of operations for global terrorists that would threaten the streets of Britain. We have improved the lives of Afghans significantly – with millions more children in school, better healthcare, and greater prosperity. But huge challenges remain – not least the continuing threat from the Taliban,” Patel has said.

She also added that “That is why the UK will commit up to £750m, from the aid budget, to Afghanistan between 2017 and 2020 to help create a more stable country and improve people’s lives – particularly for women and girls. The money will support the provision of services like health and education. In addition we will contribute to the urgent UN flash appeal to help protect internally displaced people who have fled their homes. Our support will also help clear deadly mines from areas where people live – reducing the human suffering brought about by years of conflict, and letting children go back to school and people get back to their daily lives. The British people have a proud history of supporting mine clearance. And with conflicts burning across the globe, it is vital that Global Britain, while taking steps to end those conflicts, is also there to help with their deadly aftermath.”

This comes as the United States earlier said it expects the upcoming international conference will bring pledges of over $3 billion a year to Afghanistan for development support.

“We expect strong pledges of renewed support to be announced next week, collectively totaling over $3 billion a year in development support through 2020,” the US Special Envoy for Afghanistan and Pakistan Richard Olson said.

Olson further added that the aid would be dependent on Afghan progress in implementing reforms including countering corruption.

He said he expects the Afghan government to announce “ambitious” medium-term plans to wean itself of donor support and stimulate economic growth.

The conference in Brussels will be hosted by the European Union and Afghanistan on 4th and 5th of October and some 70 countries and 30 international organizations and agencies will participate.