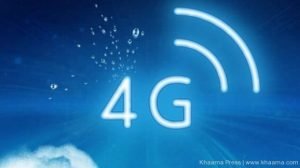 Officials in the Ministry of Telecommunication and Information Technology of Afghanistan said 4G internet services will be launched in the near future.

The officials further added that around 90 percent of the Afghans are currently having access to mobile phone services while 50 percent have access to internet.

Amirzai Sangin, Telecommunication and Information Technology Minister of Afghanistan said Sunday that the government’s
revenue from telecommunication has been around $1.3 billion during the past ten years.

Sangin further added that around 140,000 people have been employed in telecommunication sector across the country.

Development in telecommunication sector is considered to be one of the main achievements of the Afghan government during the past ten years which has facilitated the Afghan people to have access to certain modern services.

The Afghan people are now able to have direct access to the banking system and can even purchase airline tickets through their mobile phones.