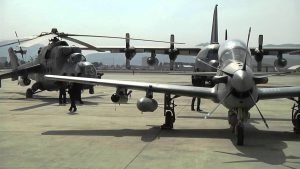 Afghanistan is preparing a wish list of military equipment for China to assist the Afghan national security forces, the defense officials have said.

Deputy spokesman for the Ministry of Defense Mohammad Radmanish told RFE that a committee has been established to identify the needs of the Afghan forces.

He said the work of the committee is expected to conclude by the end of this week and a wish list of the military equipment will be prepared.

According to reports, the Afghan security authorities have started work on the wish list after senior Chinese defense officials visited Kabul this week and asked the Afghan authorities to prepared a list of military needs.

Meanwhile, China pledged more than $70 million to support the military sector of Afghanistan, the Office of the President – ARG Palace said.

During a meeting with President Mohammad Ashraf Ghani, Mr. Fenghui pledged more than $70 million in fresh military aid to Afghanistan, saying the latest aid will follow besides Beijing’s ongoing cooperation in development and economic sector.