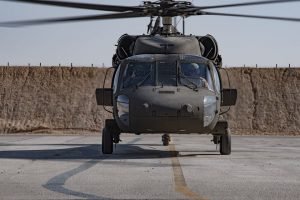 President Mohammad Ashraf Ghani informed regarding the government’s plan as he was speaking the Heart of Asia Conference, briefing the summit participants regarding the achievements of the Afghan forces in the fight against terrorism.

President Ghani further added that “Today, Afghan Commandos conduct four out of every operations independently from US and NATO support.”

“We Afghans own the fight and have turned the corner.  Our special forces – the Kitah Khas  and Commandos – have never lost a battle – they are becoming one of the best special forces in the region,” he added.

In regards to the ongoing fight against ISIS loyalists, President Ghani said ”Daesh failed in building a base for their so-called caliphate in Afghanistan. Daesh is on the run – in Southern Nangarhar, Achin, Kunar, and Tora Bora – Daesh is being killed and cleared from Afghanistan.”

According to President Ghani, in the last year, the Afghan forces conducted over 1500 combined ground operations and 300 air strikes against them, killing 3 emirs, over 2500 fighters, and capturing over 200 Daesh fighters.

He also added that the group is isolated from external support. They are running out of weapons, supplies, and fighters – what’s left of Daesh is stuck in the mountains to starve and die.