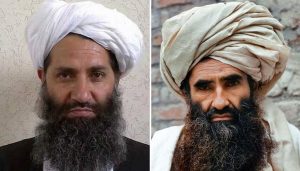 The Permanent Representative of Afghanistan to United Nations Mahmoud Saikal updated the UN Security Council regarding the terrorist’s safe havens in Pakistan.

“The fact that terrorist leaders had been found and killed in safe havens in Pakistan was proof that it had violated the sovereignty of other nations,” Saikal said.

Saikal also updated the Security Council regarding the provocative actions had meanwhile taken place along the de facto separation line, including an attempt to build new infrastructure at Torkham Pass.

“Make no mistake, the proud Government and people of Afghanistan have not, do not and will not surrender to intimidation, violence and aggression. Our history is testimony to this,” he said.

This comes as the Afghan officials have long been criticizing Pakistan for allowing the Afghan militant groups including the Taliban and Haqqani terrorist network to use its soil as safe havens and carry out attacks in Afghanistan.

The Afghan officials are saying that the leadership councils of the Taliban and Haqqani terrorist network are based in Quetta and Peshawar cities of Pakistan.

In the meantime, Saikal said the Taliban had been expected to join the peace process, but, on 12 April, it responded with a spring offensive, during which it suffered heavy losses at the hands of the Afghan National Defence and Security Forces.

He also added that Islamic State and Al-Qaida continued to position themselves to remerge in Afghanistan, while other regional terrorist networks with links to Central Asian republics, Chechnya and China were highly active.

“Tehrik-i-Taliban remained a long-term threat. Most of those terrorist groups enjoyed support from within the State structure of Pakistan, he said, adding that it was imperative for the international community to establish objective criteria to identify and confront State sponsorship of terrorism,” he added.

Former Afghan President Hamid Karzai speaks during an interview to the Associated Press in Kabul, Afghanistan,...

According to Taliban security sources in Ghazni province, an unexploded ordnance, mortar shell,...