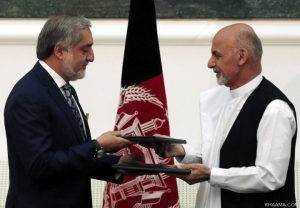 The Government of National Unity has offered posts to senior former Taliban leaders in the new cabinet which has not been formally announced.

A source close to President Mohammad Ashraf Ghani has told BBC that the Taliban leaders who were considered in the new government are Mullah Zaeef, the former Taliban ambassador to Pakistan, Wakil Muttawakil, the former Taliban foreign minister, and Ghairat Baheer, a close relative of Gulbuddin Hekmatyar, whose forces are allied to the Taliban.

The source has further added that the government should be drawn “not just from the two teams, but from all parties in Afghanistan”.

The Government of National Unity has considered to offer posts of the Ministry of Rural Affairs, the borders and Hajj and Religious Affairs, besides appointing Taliban governors to three southern provinces – Nimruz, Kandahar and Helmand.

However, a source close close to the Taliban leadership has said that the offer has been turned down due to the signing of the security agreements allowing the foreign troops to remain in the country.

The government has not formally commented regarding the report so far.

This comes as no breakthrough has been made so far to announce the cabinet of the Government of National Unity amid reports that President Ghani and CEO Abdullah are at odds on appointment of ministers.

President Ghani had earlier promised to announce the cabinet nominees within a week time. In the meantime, reports suggest that President Ghani has considered 20 candidates in the new cabinet which includes Gen. Sher Mohammad Karimi and Gen. Humayon Fawzi have been nominated for the Minister of Defense position, Salahuddin Rabbani as Foreign Minister.