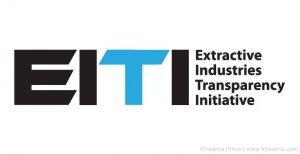 The Extractive Industries Transparency Initiative (EITI) following an audit report revealed that AFN 285 million worth revenue from Afghanistan’s natural resources have been lost.

EITI officials on Wednesday said that taxation documents of the private companies does not match with the documents available in the ministry of finance of Afghanistan.

Head of the Extractive Industries Transparency Initiative (EITI) Bashir Khan Salehi told reporters that the audit was conducted for the years 2009 and 2011, with an aim to clarify the transparency in Afghanistan mining sector revenue.

Salehi said, “The main issue is that international accountibility systems are not implemented in afghanistan and this has created a major problem. The first audit report showed a difference of AFN 68 million while in second audit report a difference of AFN 285 million was revealed. We have hired another company to audit the work and its result will be announced soon.”

The Extractive Industries Transparency Initiative (EITI) department was formed with the financial support of Afghan government and World Bank in 2009.

According to EITI, several private companies including Aynak Copper, Mesaq-e-Sharq, Khoshang Brothers have issues and difference in their financial accounts.

EITI officials said they found considerable diferences in their documents while comparing with the ones available in the ministry of finance of Afghanistan.

The Afghan government has awarded several small and medium mining projects to private companies during the recent years, including Aynak Copper mine in Logar province, Haji Gak irone ore in Bamiyan province and fuel extraction projects i northern Afghanistan.

However, there are concerns and reports regarding the lack of transparency in the projects which have been awarded to various companies.