High schools for girls to reopen in March, IEA has no issue with girls’ education:  Education Ministry

We have right to suppress dissidents and imprison protestors: Mujahid 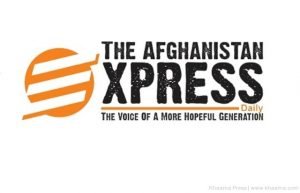 The Ministry of Interior (MoI) and the Ministry of Information and Culture were instructed to take immediate actions for the arrest of The Afghanistan Express newspaper staff.

The decision was taken on Tuesday during the Council of Ministers meeting chaired by Chief Executive Officer Dr. Abdullah Abdullah.

A statement released by the Council of Ministers said the staff of The Afghanistan Express newspaper were charged with blasphemy for publishing an article which desecrated the religion of Islam.

The statement further added that the government of Afghanistan will take strict actions against those involved behind the publish of blasphemous article.

This comes a number of the religious leaders, civil society activists and former Jihadi leaders strongly condemned the newspaper for desecrating the religion of Islam by publishing the article.

The article published by The Afghanistan Express had reportedly insulted to Allah, Prophet Muhammad and religion of Islam.

Abdul Rab Rasoul Sayyaf, a prominent Mujahideen leader called the writer of the article a pervert and said he expects strict actions against the newspaper by the government of Afghanistan.