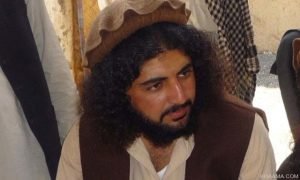 A senior Pakistani Taliban leader Latifullah Mehsud who was arrested late in 2013 in Afghanistan, has been handed over to Pakistan.

According to Pakistani newspaperes, Mehsud was handed over along with his two guards and a broker.

Latifullah Mehsud, a senior commander of Tehrik-e-Taliban Pakistan (TTP) and a close confidante of TTP leader Latifullah Mehsud was arrested in eastern Logar province of Afghanistan.

He was arrested during a military operation by US forces earlier in the month of October 2013.

According to reports, Mehsud was under the Afghan and Nato troops custody for some time. He was transferred to Pakistan following President Ghani’s visit.

The Afghan government officials have not formally commented regarding the transfer of Mehsud to Pakistan so far.