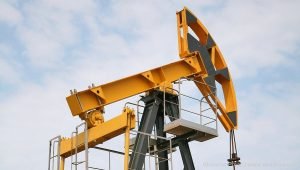 Officials from the ministry of mines of Afghanistan on Tuesday announced that three major firms were awarded oil and gas extraction projects in northern Afghanistan.

The officials further added that the firms will invest $12 billion based on an agreement which was signed between the Afghan government and the three firms in northern Mazar-e-Sharif city of Afghanistan.

An official from the ministry of mines of Afghanistan, Jalil Ahmed told reporters that the firms will start extraction of oil and gas in Afghan-Tajik basin located between northeastern Takhar and northern Jowzjan provinces of Afghanistan.

Mr. Jalil Ahmed further added that two of the firms are well known international oil and gas extraction companies, and were among the 20 other companies who submitted their tenders for the project.

An Afghan oil and gas company, Ghanzanfar Group is also one of the firms which was awarded the project, and the firms will start extraction work within the next three to five years.

Afghanistan’s natural resources are estimated at $1 trillion, and according to the US Geological Survey (USGS), majority of the natural gas is located in the Amu Darya basin, while the crude is largely found in an area known as Afghan-Tajik.