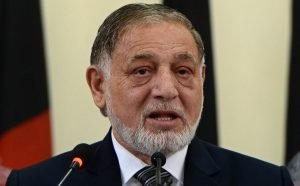 The Afghanistan Independent Election Commission (IEC) Chief Mohammad Yousuf Nuristani has resigned from his position, a move that has been accepted by President Mohammad Ashraf Ghani.

According a statement released by ARG Presidential Palace, Mr. Nuristani submitted his resignation considering the political and social situation of the country.

The statement further added that Nuristani considered the national interests of the country as well as the stability and social security of the Afghan people while submitting his resignation to President Ghani.

President Ghani has reportedly accepted his resignation and thanked Mr. Nuristani for his services as IEC chief as the country went through one of the most controversial presidential elections in 2014.

This comes as Nuristani had earlier vowed to remain as IEC chief and will not resign from his position before completing his term for a period of six years.

Nuristani’s resignation from his post as IEC chief comes as Afghanistan went through one of the most controversial presidential elections in 2014.

The 2014 presidential election was marred by massive fraud which led to the formation of national unity government with the interference of US department of state secretary John Kerry.

His interference to calm the situation came as the country was on the brink of a political crisis following the controversial presidential elections 2014, pulling the prominent warlords in the country to step in and issue grave warnings.

The controversial elections forced IEC to delay the announcement of presidential elections which was finally announced after a year and half after the polls were conducted.