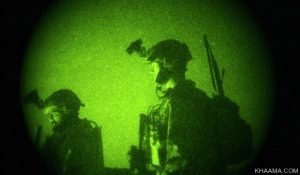 The government of Afghanistan approved special military operations in a bid to tackle the terrorist activities by anti-government armed militant groups.

During a meeting of the National Security Council (NSC) chaired by President Mohammad Ashraf Ghani, the special military raids were approved after incorporating new changes, the Presidential Palace said following a statement.

According to the National Security Council (NSC), special military raids are one of the most effective approaches to fight terrorism and organized crimes.

The statement by the Palace further added that the Afghan national security force use less power to eliminate the terrorist threats in less time and in a cost effective way and without incurring casualties to civilians or security forces.

The NSC members are also added that the special military raids will further increase the responsibilies of the Afghan security forces towards the Afghan citizens.

The Afghan national security forces were instructed to take all necessary measures to respect the Islamic values, the Afghan culture, Afghan constitution and other laws of the country while executing a special military operation.

The approval of the special military raids by the National Security Council (NSC) comes as the insurgency activities by the militant groups have been rampant during the recent months.

The militants are frequently carrying insurgency attacks in various parts of the country including capital Kabul.

One thought on “Afghanistan approves special military operations against insurgents”