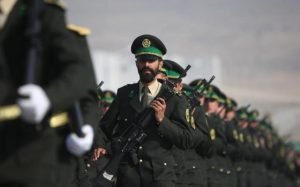 The Afghan government has approved a 4-year plan for the development of the Afghan National Defense and Security Forces (ANDSF).

The plan was approved in principle during a meeting of the National Security Council chaired by President Mohammad Ashraf Ghani.

The Office of the President, ARG Palace, said the plan was approved after the Security Council members reviewed it thoroughly and held in depth discussions over it.

No further details have been given regarding the plan.

The meeting hailed the Afghan National Defense and Security Forces for their tireless efforts and devotion and instructed the relevant security institutions to take further steps for the betterment of the security of the provinces.

The meeting also focused on the security situation of capital Kabul and reviewed the potential threats, instructing the relevant security institutions to take measures for preventing incidents in the city and other districts of Kabul.