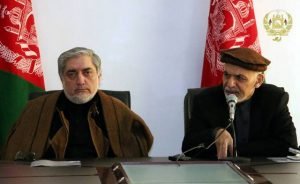 The government of national unity on Saturday announced new nominees for the remaining 16 ministries. The new cabinet picks include:

The government of national unity introduced 18 cabinet nominees to the Lower House of Parliament in the month of January this year where nine nominees including director general of the Afghan Intelligence – National Directorate of Security (NDS) obtained vote confidence and 10 others were rejected.