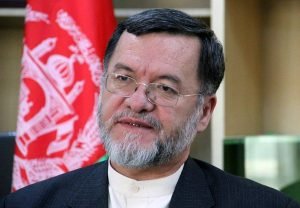 Vice President Mohammad Sarwar Danish has voiced concerns regarding the implementation of a massive power project through Salang pass, insisting that the multi-million dollar project could be jeopardized with devastating Salang risks and ignoring the recommendations of the consulting companies which sketched the master plan of the project.

In his letter to the Ministry of Energy and Water and Da Afghanistan Breshna Sherkat, Danish has also called for technical approach to implement the project and consider the needs of the residents of the central provinces for their access to energy who have repeatedly demanded the government to ensure social justice while executing such projects.

Pointing towards the survey conducted by the Fichtner Engineering Company in 2013 for a 20-year master plan of Afghanistan, a report of which was presented to the Asian Development Bank and Ministry of Energy and Water, Danish said the Afghanistan Breshna Sherkat is ignoring the technical views of Fichtner.

According to Danish, ignoring these points will not only delay the development of power supply and has no justification in terms of theory and technical aspects.

Citing the views and recommendations of the consulting companies, Danish said the 500kV power project (TUTAP) should be implemented to Kabul via Pul-e-Khumri city to Samangan and then change the route to central Bamyan province in a bid to help domestic production of power.

Danish said the main 6 justifications given by Fichtner to change the route of the power lines from Salang, includes the geographical issues of Salang due to its narrowness and will not have the capacity where three power lines could be built.

He also warned that a small incident involving a destruction of a single transmission tower due to avalanche or other disaster could lead to long term suspension of power.

His justification for the implementation of the project through Bamyan province includes prevention of issues likely to face in Salang, bolstering the power generation of coal mine in Dara-e-Suf and Ashpasta areas of Bamyan, supply of power to Hajigak iron ore and Mes Aynak copper mine, and prevention of power shortage to Kabul and other provinces.