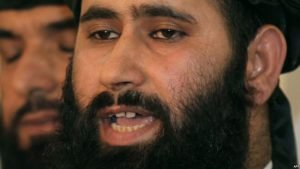 The Taliban group representatives based in Qatar insist on preconditions of the group as direct talks between the Afghan government and representatives of the Taliban is expected to take place in the first week of March.

Admitting that the group is unaware of the potential upcoming direct talks with the Afghan government, a spokesman for the group’s political office in Qatar, Mohammad Naim told Radio Free Europe (RFE) that they have not changed their preconditions for joining the peace process, which he had announced at the Pugwash research center in Doha on January 23.

The precondition of the Taliban including complete withdrawal of the foreign forces from Afghanistan, official recognition of Taliban’s political office in Qatar, removal of Taliban from United Nations terrorist blacklist, halt to the arrest and elimination of Taiban, and release of the Taliban inmates from prisons.

Pakistan has offered to host the first round of direct talks between the Afghan government and Taliban representatives following the conclusion of the fourth round of Quadrilateral Coordination Group (QCG) meeting on Tuesday.

“The QCG member states invite all Taliban and other groups to participate through their authorized representatives in the first round of direct peace talks with the Afghan government expected to take place by the first week of March 2016,” according to a joint statement by QCG.

The statement further added that the fifth round of the QCG meeting will take place in Islamabad immediately after the first round of direct peace talks.