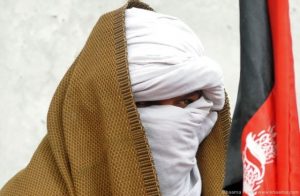 According to reports a delegation of Afghan Taliban representatives visited Iran recently to hold talks with the Iranian officials.

The delegation was led by Tayyeb Aqa head of the Taliban bureau in Qatar and arrived in Tehran on Monday.

Iran’s Tasnim News Agency reported that the delegation met with the Iranian security officials on regional issues, particularly the developments in the Islamic world.

The source further added that the delegation also held talks on matters relating to the Afghan refugees.

This was the third visit by the Taliban delegation to Iran already dispatched political delegations to Iran two times, for meeting Iranian security officials and for attending an international conference on Islamic Awakening movement.

The visit by Taliban delegation to Tehran comes as the group’s representatives held preliminary talks with the Afghan officials in Qatar earlier this month.

The group welcomed peace efforts following two days of preliminary negotiations on reconciliation process and said Taliban is prepared to have a comprehensive cooperation with all the the neighboring and other countries on all aspects.

In the meantime, the Taliban-led insurgency have been rampant since the group launched its summer offensive and staged numerous attacks across the country including the capital Kabul.