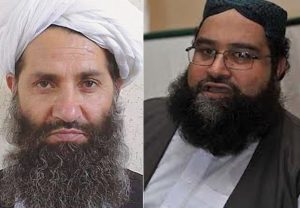 The Afghan Taliban have reportedly asked the Ulemas or religious clerics of Pakistan to boycott the upcoming international conference of the religious scholars on Afghanistan.

The group has reportedly sent a letter to the prominent Pakistani Ulemas including the chairman of the Pakistani Ulema Council Mawlana Tahir Ashrafi in this regard.

The Daily Times newspaper in a report stated that a copy of the message has been received by the outlet which states that “Our message to the noble scholars is that they avoid participation in such gatherings and do not afford an opportunity to the invading infidels in Afghanistan to misuse their name and participation as means of attaining malicious objectives.”

Maulna Tahir Ashrafi has also confirmed to Daily Times that he had received the invitation, but he would skip the event because of other commitments.

He, however, said that clerics associated with his organisation supported peace everywhere in the world, the paper stated.

This comes as  efforts are underway to end the ongoing violence through reconciliation and an international conference will be hosted by Indonesia where the Ulemas from the Islamic countries are expected to declare their stance regarding the ongoing Taliban-led war in Afghanistan.