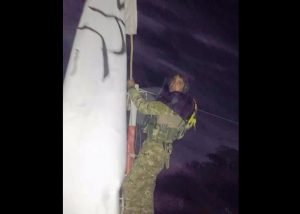 The Afghan Special Operations Forces have retaken the control of Kunduz city from the Taliban militants, Ministry of Interior (MoI) officials said Thursday.

Sediq Sediqi, spokesman for the Ministry of Interior, said clearing operations are underway after the Afghan forces retook the control of the city.

He said heavy casualties have been incurred to the Taliban militants during the ongoing operations.

Taliban militants seized the control of the city late on Monday evening after launched coordinated attacks on the city earlier that morning.

The Afghan forces are also supported by the coalition security forces during the operations to retake control of the city.

The US forces have carried out at least five airstrikes against the Taliban militants since Tuesday, the Resolute Support mission said.

A statement by Resolute Support mission said U.S. forces conducted an airstrike in self-defense to eliminate the threat on Wednesday after coalition special forces advisors, to include U.S. servicemembers, while advising and assisting elements of the Afghan Security Forces, encountered an insurgent threat in the vicinity of the Kunduz airport at approximately 1 a.m., Sept 30.