Afghan Special Forces continue pursuit of Taliban in the North 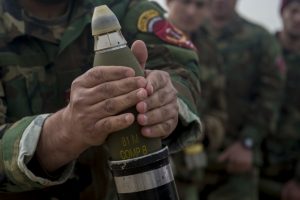 The Special Operations Forces of the Afghan National Defense and Security Forces (ANDSF) continue to apply pressure on the Taliban through an aggressive winter campaign in the northern parts of the country.

With the new fighting season is due to kick off in coming months, the size and strength of the Afghan Special Forces are also expected to increase with addition of the new commando forces.

The special operators continue to apply pressure on the Taliban through an aggressive winter campaign in the country’s northern region.

On Dec. 10, 2017, 10th SOK concluded a series of focused offensive operation in Kunduz province resulting in the removal of 101 Taliban fighters from Imam Sahib district. Over the course of five days, the Commandos eliminated 74 Taliban, wounded an additional 27 insurgents, and destroyed 87 defensive fortifications.

During the course of 2017, the Taliban have attempted to seize provincial capital district centers, such as Kunduz city, with no success. The combination of cooperation amongst the Afghan Nation Defense and Security Forces, and the growing capability of the Afghan Special Security Forces enabled a prolonged offensive operation through Afghanistan’s harsh winter season.

Four thousand additional Commandos will join the force before the start of the traditional fighting season in April 2018. The first Mobile Strike Kandak Commando force graduated from the Commando Qualification Course in Dec., and begins the inaugural Cobra Strike Mobility Course at Pol-e-Charki on Feb. 3.