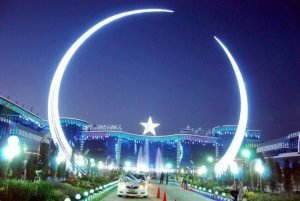 The lawmakers in the Upper House of the Parliament – Meshrano Jirga on Tuesday approved a law to regulate the soaring wedding costs.

The law restricts the wedding organizers not to invite more than 500 guests to wedding parties and prohibits the family of the bride to charge the family of the groom with massive money which is commonly known as “Walwar”.

A strict regulation of the wedding halls and hotels has also been included in the law where the hotel owners and their customers could face punishments in the event the law is breached.

According to the article 4 of the law, only marriage ceremonies are allowed to be organized in hotels and halls and all other events including engagement parties, birthdays, naming of the newborn children, graduations, and etc are prohibited.

The law also sets a limit for the menu of the hotels and halls where a serving can exceed 400 AFS while prohibiting the men and women to jointly participate in the parties.

The Supreme Court and Mullah Imams have been urged to take strict steps in implementation of the new law.

The law was passed by lawmakers in the Lower House of the Parliament – Wolesi Jirga last year and the Afghan senators are hopeful that the law will ease the problems of the Afghan youths as massive amounts of money are spent in wedding ceremonies.