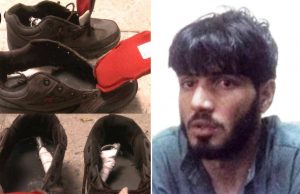 The new findings were released after the arrest of one of the remaining suicide bombers and twelve other terrorists who were apparently detained during an operation today.

According to NDS, the suicide bombers were trained in Mawlavi Ahmad Madrasa located in Chaman area of Quetta city of Pakistan and were sent to Kabul for the suicide attack.

NDS further added that the suicide bombers managed to pass through strict security measures by placing the explosives inside their shoes.

A group of at least three suicide bombers who had disguised themselves as funeral participants detonated their explosives among the prayer participants, leaving scores of people dead or wounded.

Salim Izadyar, the son of Mohammad Alam Izadyar, the first deputy house speaker of the Afghan Senate, was killed during the violent protests in Kabul on Friday.

The Ministry of Interior confirmed 6 people were killed and 87 others were wounded in the coordinated explosions targeting the burial ceremony of Mohammad Salim Izadyar.