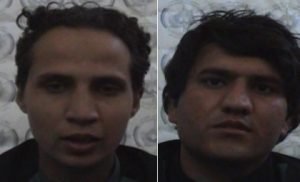 The Afghan security forces foiled Taliban group’s plot to carry out a series of attacks in eastern Laghman province of Afghanistan.

The Afghan Intelligence, National Directorate of Security (NDS), said two Taliban insurgents deployed by the group for the attacks were arrested by the intelligence operatives.

The militants were looking to coordinate terrorist attacks as well target killings in Mehtarlam city.

According to NDS, the detained militants have been identified as Rafiullah and Babarzai who had recently arrived in Mehtarlam to coordinate the attacks.

NDS further added that the two individuals were also involved in the murder of a shopkeeper in Mehtarlam city.

The intelligence operatives confiscated some weapons from the detained militants, the National Directorate of Security added.

Laghman is among the relatively calm provinces in eastern Afghanistan where fewer terrorist related incidents have been reported during the recent years.

However, the insurgent groups are attempting to expand their insurgency in this province as they are busy conducting attacks in other parts of the country.