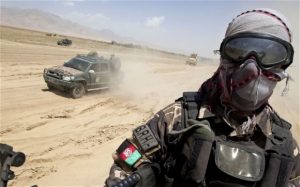 The Afghan security forces have killed a top figure of the Al-Qaeda terrorist network who was leading the Pakistani militants during the Taliban regime.

The Afghan intelligence, National Directorate of Security (NDS), said the Al-Qaeda leader Saifullah Akhtar was killed during a special raid of the NDS Special Forces in Nawa district.

NDS further added that the operation was conducted on 9th January leading to the death of Akhtar.

According to NDS, Akhtar had deployed around 30,000 militants from different countries, including Central Asian states to fight in Afghanistan.

He was detained two times in Pakistan but was released later, NDS said, adding that Akhtar was in command of the war in Afghanistan after his release.

The National Directorate of Security (NDS) also added that Akhtar was actively involved in leading the foreign and Pakistani insurgents in their fight against the Afghan government.