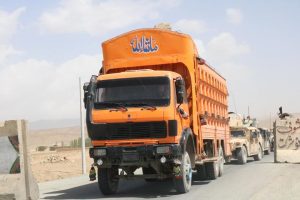 The Afghan National Defense and security Forces foiled a plot by the anti-government armed militants to carry out a deadly attack in Gardez city by using a truck packed with explosives.

The provincial security chief of Paktia Dadullah Hotak said a truck packed with explosives was seized in Gardez city before the militants managed to use it in a deadly truck bombing.

He said the truck was sent from Miranshah in Pakistan and was confiscated during an operation this morning.

The security commandment of Paktia in a statement said the truck was confiscated from Banozai area of the city based on an intelligence tip off.

The statement further added that a large amount of explosives have been discovered from the truck after it was defused by the engineering team of the Afghan army.

According to the provincial security commandment, the militants wanted to detonate the truck bomb in an unknown location in Garde city.

The statement also added that an investigation is underway regarding the bombing plot but no suspect has been arrested so far.