Afghan forces arrest 2 in Ghor for recruiting militants for ISIS 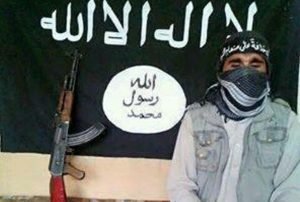 At least two people were arrested by the Afghan security forces in northwestern Ghor province of Afghanistan as they were attempting to recruit militants for the Islamic State of Iraq and Syria (ISIS) terrorist group.

According to the local security officials, the two individuals were arrested from the vicinity of Feroz Koh district as they were trying to visit Bala Morghab district.

Provincial police chief Ghulam Mustafa Mohsini confirmed the arrest of the two individuals for attempting to spread violence and recruit militants for ISIS.

He said the two individuals are originally residents of Herat and Nimroz provinces and are currently in custody of the security forces for further investigation.

Mohsini further added that the men will be referred to judicial institutions once the investigations are over.

Both the Taliban insurgents and loyalists of the Islamic State of Iraq and Syria (ISIS) terrorist group are actively operating in a number of the remote districts f Ghor province.

The ISIS loyalists killed over 30 civilians after abducting them in this province last year and abducted 6 more civilians few days later.

According to the officials, the ISIS loyalists executed the civilians to avenge the killing of their commanders who was killed during a gun battle in this province.